Five unique graphs about research in 2020

2020 was no stranger to surprising new trends in research. The elephant in the room, of course, is COVID-19, but technology research also had an exciting, continued ascent in fields such as artificial intelligence and blockchain.

But what about the best of everything else?

In this series, we're using NewsRx’s AI research assistant tool BUTTER to break down interesting developments in scientific, peer-reviewed research. From shifts in climate change research, to intrigue around the arguably too-rapid emergence of facial recognition technology, to some introspective research by scientists on the emergence of preprints, 2020 saw the continuous evolution of scientific research.

Here are five graphs that give some insight into how. 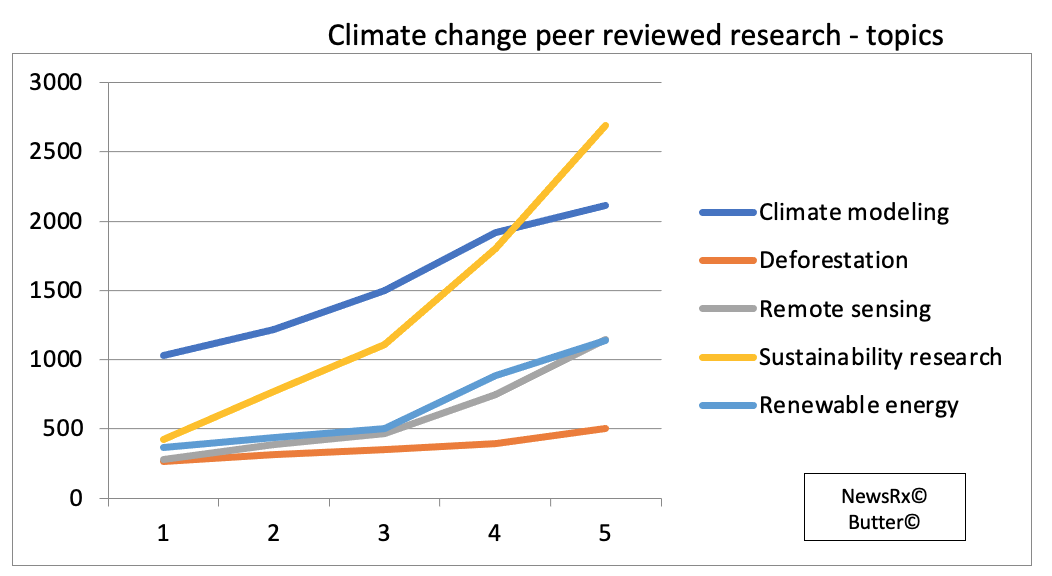 Climate change has continued to advance, unleashing devastating heat waves and storm damage around the world, and having direct impact on economies and livelihoods.

Accordingly, scientists have focused increasingly on sustainability: the nexus of specific human industries and activities and their relationship with our warming planet, with more studies on natural resource management than in previous years. Previously, climate modeling was by far the dominant field.

Research on renewables has also seen strong growth, and remote sensing for better understanding climate systems has remained one of the most important areas of research in recent years. Deforestation, another key area just five years ago, has seen slower growth and seems to have fallen behind the pack.

Police violence and brutality a small but growing field of interest 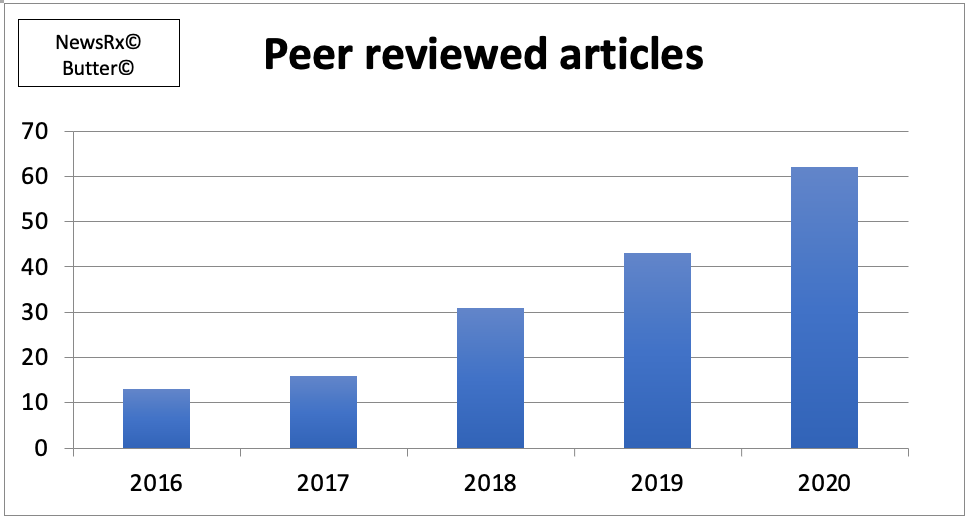 After the police killings of Americans George Floyd and Breonna Taylor in late spring, one of the most popular public protest movements in recent history arose all across the US and around the world. Many bystanders, confronted with disruptions to their daily lives, grappled with systemic racism and 21st century police brutality for the first time.

Surprisingly, the volume of peer-reviewed research studies on police violence and brutality is relatively small, but the field has rapidly grown since 2017. We’ll have to check back in next year to see if the number surges further in response to this year’s consciousness and events.

The scientific community reflects on preprints 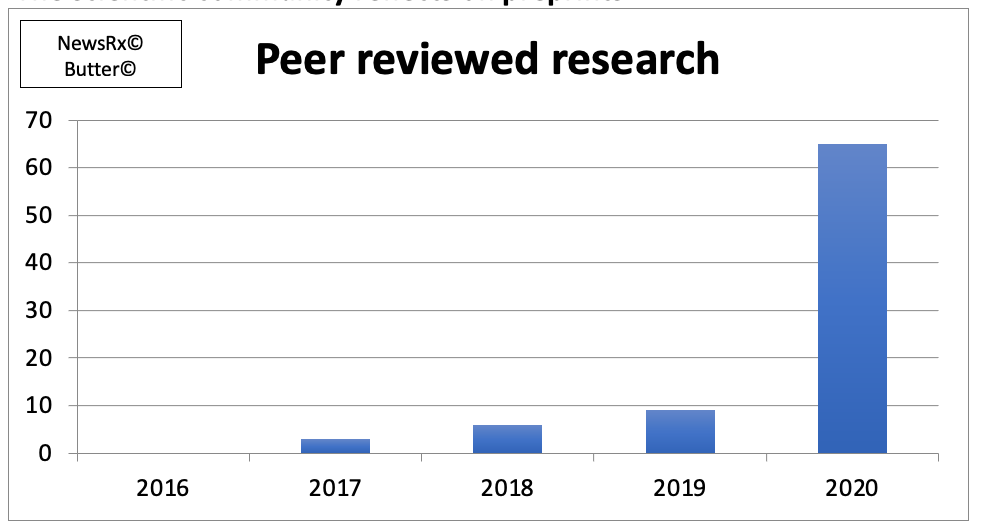 There’s a lot more facial recognition patent applications than research being done. Why?

We reviewed major technology trends from last year in a different post, but this unique trend needs to be added to the list. In many technological fields, like nanotechnology or robotics, the number of peer-reviewed research articles tends to exceed the number of patent applications in that area. But facial recognition is breaking this, with twice as many patent applications as peer-reviewed articles. 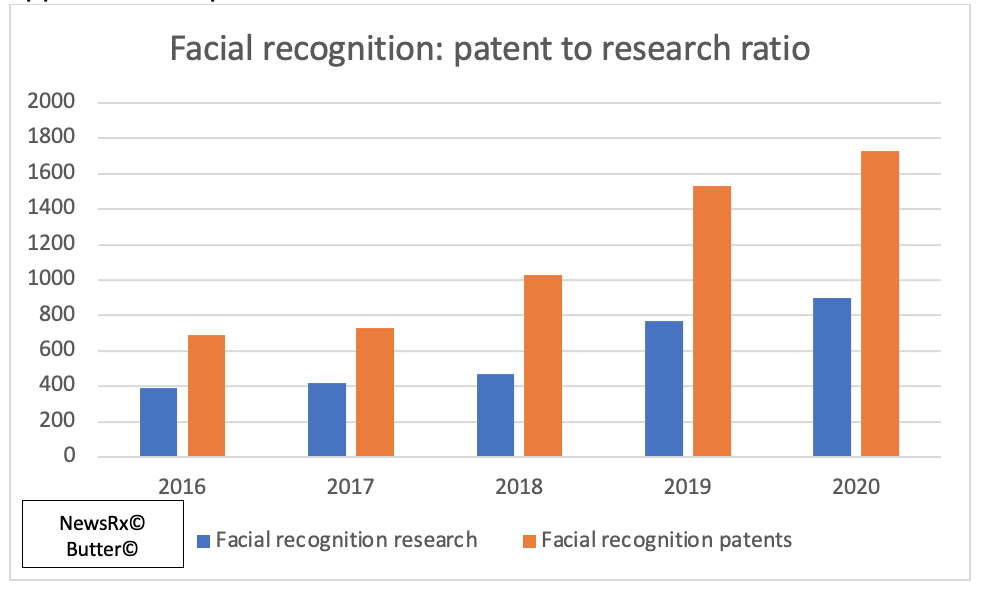 Facial recognition is being rapidly applied by law enforcement agencies, governments, and tech companies alike—and there’s clearly a relative deficit of publicly available research investigating and unpacking this technology. It is possible that research is remaining private within corporations and institutions in order to take advantage of commercial opportunities, which could further explain this ratio.

The story of COVID research—per country 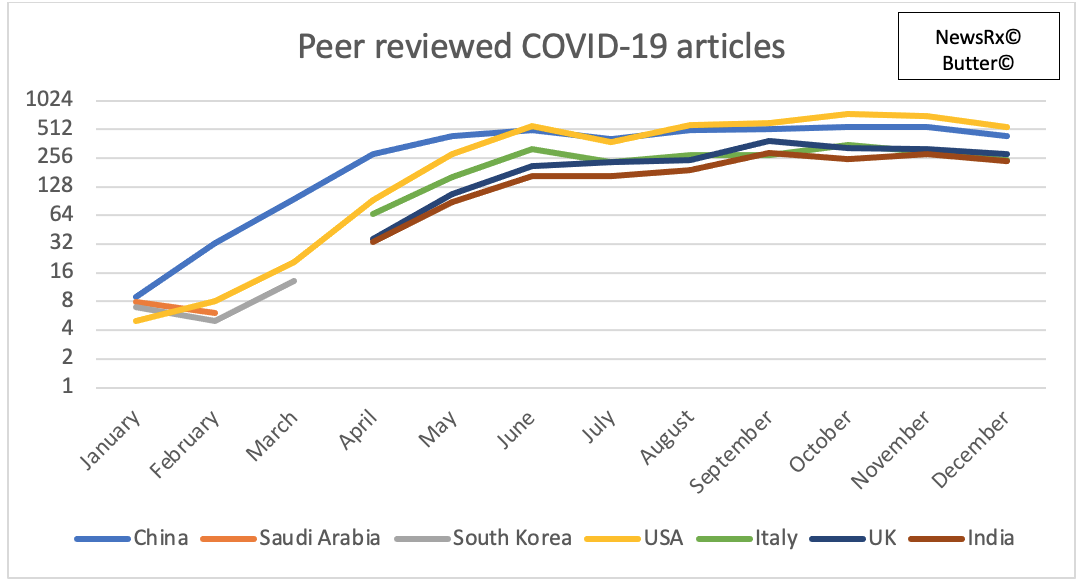 Back in April, it still very much felt like COVID-19 was a huge unknown. But the national research apparatuses were already set in stone: the USA and China would lead the pack on COVID-19 research, followed by the UK, Italy, and India jostling for third to fifth place in some order.

The early research on COVID-19 is interesting because it shows just how few studies policymakers and scientists had to work off of: in January, there were just 9 studies out of China, 8 out of Saudi Arabia, 7 out of South Korea, and 5 out of the US. Saudi Arabian and South Korean research would later be eclipsed, but those scientists and nations played a key role in the early stages of the emerging pandemic, as did countries such as Taiwan that acted swiftly and were able to successfully contain the virus and serve as an example.

It goes to show just how rapidly scientific and technological research is evolving —so stay tuned for more fascinating trends in the world of research.

The Best Research Alert Services: How to Stay On Top of Your Field

←Back to resources Scientific and scholarly researchers have to stay up to date. Keeping up with...

Technology & Solving The Challenge of Mental Health in Science

←Back to resources We’ve shared two articles so far about the dire mental health crisis in science...

←Back to resources Last year, the scientific focus of the world was, once again, squarely on the...