What is Artificial Intelligence?

A mere decade ago artificial intelligence (AI) was the stuff of science fiction. Today it has managed to work its way into our daily lives.

And yet there are still a lot of misconceptions about AI. We usually imagine AI based on what we see in movies—conscious and intelligent robots that are quick to betray humanity, a-la 2001: A Space Odyssey.

Though we interact with AI on a near daily basis in 2018, hyper-intelligent humanoid robots seeking to destroy the human race are nowhere to be found. Let’s look at several examples of AI, along with some hypothetical future examples. 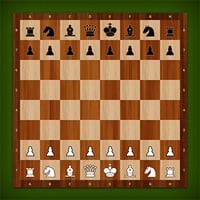 The chess bot is your average computer that knows how to play chess. It considers the current arrangement of the board and determines the best possible move towards winning in each scenario. 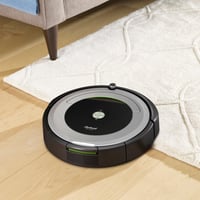 The Roomba, like the chess bot, is programmed to perform a human task based on perceiving its surroundings. However, it’s a little bit smarter than the chess bot because it has a memory—it knows where in a room it has already been, and is able to clean areas that it hasn’t yet reached. It would be a lot harder to beat a chess-bot if it could remember your strategy from game to game.

AI is also applied to solving business problems like hiring and marketing. HireVue is a service that helps businesses with hiring by analyzing video interviews. AI takes in the video and audio input: the candidate’s facial expressions, word choice, and posture, and determines if the candidate is motivated and engaged. 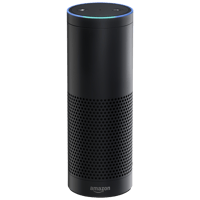 Alexa is actually quite similar to the Roomba, which perceives its surroundings and remembers where it’s already been. But Alexa and similar language processing programs such as Siri and Google Now can understand human language as its input, the element of perception. On top of that they consider your account information and previous search inquiries their response, the element of memory.

Self-driving cars can perform a task (driving) based on perceiving the world around them, reacting and making decisions, and remembering various signals and events. The task is far more complicated than vacuuming a room, but the fundamental concepts remain the same. 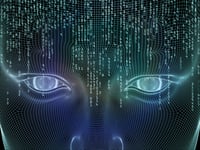 Your AI of the future will understand that people can have thoughts and adjust its own behavior dynamically. If this AI is really smart, it will also have a sense of self-consciousness, allowing it to interpret its own internal state, and then predict the feelings and states of other people and machines based on observing their actions. It becomes a computer with "feelings", so to speak.

As you can see from looking at the examples above, AI refers to a vast range of computer programs. There seem to be so many different kinds of artificial intelligence--which brings us back to the original question. What, fundamentally, is AI?

Let's start by looking at the similarities between all the examples. Artificial intelligence refers to computer systems that are able to perform tasks that typically require human intelligence, including but not limited to visual and auditory perception, comprehension of human language, and decision-making. That's why we kept emphasizing perception, memory, and decision-making earlier.

Nevertheless, there are a few different types of AI. There are two main ways to differentiate AI— (1) strong AI vs applied AI and (2) differentiating AI by functional characteristics. Let’s explore both of these systems of differentiation.

Strong AI comes closer to the typical image of artificial intelligence in fiction—a sentient and conscious computer program. Strong AI seeks to replicate human intelligence in all its complexities. Ideally, Strong AI mimics human consciousness, intelligence, and emotion, possessing the qualities of memory, self-awareness, and an understand of its own mind, as well as all the computational abilities of a regular computer.

Meanwhile, applied AI utilizes automation and machine learning for specific tasks, like our chess-bots, video-interview analyst bots, and self-driving cars as described above. They aim to replicate or exceed human capacity for performing these tasks: playing chess, making coffee, driving. Machines that use intelligent human skills to replace or supplant human labor are applied AI.

This distinction was primarily used in earlier stages of AI development. Many would argue that categorizing AI into these two categories is overly simplistic, especially as the line between the two gets blurred. As we build technology that replicates intelligence through applied AI, in order to build more efficient machines we end up developing characteristics such as memory and self-awareness that may end up becoming a part of strong AI.

So a better way to categorize AI is through functional characteristics. Through this system we end up with four stages of AI, with each stage being an AI with certain capabilities: reactive machines, limited memory, theory of mind, and self-awareness.

The field of artificial intelligence remains an elusive and complicated field. But categorizing the different types of AI is essential in order to both correct misconceptions and help us understand where the development of AI is headed. As we implement the characteristics of theory of mind and self-awareness into our applied AI systems, the line between strong and applied AI dissolves, transforming our relationship with machines, and possibly the entire human race.

Read more: Why would I change the way I'm doing research now?

The Art and Science of the Email Newsletter

←Back to resources We all thought email was so last decade The year is 2018. Email is outdated....

←Back to resources Four articles, in my inbox, every day. Typically there were three from the...

The world of science is growing and transforming every year. Ongoing trends like the coronavirus...